The annual Talent Show provides a way for students to showcase their unique talents and be recognized for it. 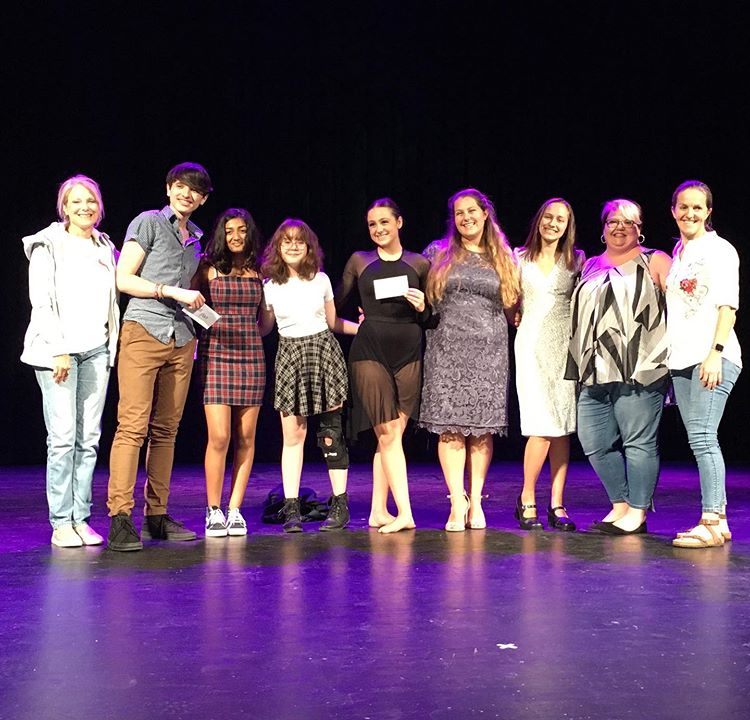 On Sept. 27, 15 contestants, three judges, and two hosts took the stage at the annual Talent Show to astonish the audience with their skills. The winners of the talent show were junior Elle Ouimet in first place and junior Trey Allan in second place.

Freshman Anna Nguyen and Dhaya Bharath were winners of the People’s Choice Award. Junior Courtney Bergeron and senior Katie Howard were the hosts for the show, along with teachers Melissa Pruitt, Veronique Billington, and theater director Katie Rivers as the three judges. “The judges were so kind,” senior contestant N’deye Sock said.

Bergeron was involved in the talent show last year through technical theater and loved hosting on-stage this time. “I love being on stage and making people laugh,” Bergeron said, “I couldn’t have done it without Katie.”

A lot of preparation went into the talent show by both the hosts and the contestants. “I drank a lot of tea and water and practiced the song over and over again,” Sock said. Sock chose to sing “Someone You Loved” by Lewis Capaldi.

Ouimet won the competition for her dance to “Wait for Me Reprise” from a play called “Hades Town,” which she saw over the summer and loved. She was also the winner of the 2017 talent show. Ouimet had been dancing since she was three years old; it has always been her passion.

“Elle was majestic and beautiful when she was dancing,” Sock said.  Both the contestants and the hosts were happy to see Ouimet win the talent show.

“As I was reading the cards from the judges, I saw her name, and I got really excited for her,” Bergeron said.

Ouimet choreographed her own dance, unlike her freshman year performance. Despite always being on stage for theater, she was super nervous for the talent show. “I always tell myself that being nervous means that I am prepared and I am ready,” Ouimet said.

The contestants brought their all for a crowd-pleasing evening. “All the contestants were really talented. They had a lot of energy and passion in their performance,” Sock said.