After 15 years the CW’s show “Supernatural” finally says goodbye with the final season. 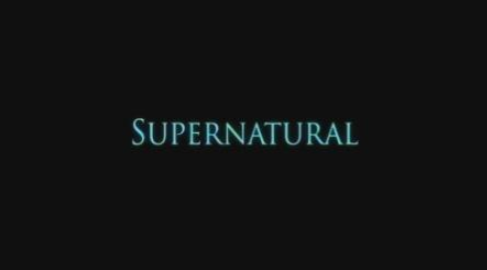 As the CW’s longest running show, “Supernatural,” comes to an end, fans remember how it started.

Kimberly Herbstritt, Copy Editor
Monsters, ghosts, demons, and angels:  these are only a few creatures that the Wincester Brothers in “Supernatural” have faced. On Sept. 13, 2005, the WB (which later merged with another company to create the CW) aired the first episode of “Supernatural.” In the episode brothers Dean (Jensen Ackles) and Sam Winchester (Jared Padalecki) fought a ghost called the Woman in White. The fandom only grew from there. It does not matter if you were there for the beginning or fell in love with the story and characters halfway through the series, a “Supernatural” fan is a “Supernatural” fan.

At the end of season 14, the audience learned that God also is known as Chuck (Rob Benedict) was playing the Winchester brothers all along. The episode faded to black as Chuck released every soul in Hell. Since then, the fandom has been waiting to see how the brothers and Cass (Misha Collins) were going to get out of the situation.

On Thursday, Oct. 10, 2019, the first episode of the final season aired. When the news of season 15 being the final season was released, fans were heartbroken, myself included. At conventions and on the internet, the fandom always joked that “Supernatural” would never end. It was hard to believe that the show where no one stays dead was concluding.

Since this was the final season, I wanted every episode to count, and this first episode of season 15 did not disappoint. There were jokes and laughter, and even though the world was ending, Sam and Dean always kept fighting. They were Winchesters, after all, and they had saved so many people and killed so many monsters–but was it worth it?

When Chuck released the souls from Hell, he brought back every ghost Sam and Dean fought. From Bloody Marry to the Woman in White in the first episode, every monster was back. Throughout this episode, the Winchesters had to find a way to imprison the ghosts and keep a whole town safe from the vengeful spirits. Now, viewers will have to watch it to figure out what happens next.

Over time “Supernatural” did not just grow as a fandom, but it grew as a family as well. I have watched interviews, gag reels, comic conventions, and I have seen how much Jared, Jensen, and Misha love this fandom like a family. None of this would have been possible without people who fell in love with the story like I did.

As Dean Winchester once said, “A wise man once told me family don’t end in blood, but it doesn’t start there either. Family cares about you, not what you can do for them. Family’s there through the good, bad, all of it. They got your back even when it hurts.” Old and new viewers are always welcome in this fandom, and as this story ends, we say goodbye to “Supernatural,” and carry on, but we won’t forget the journey that brought us to the final season. As the last scene fades to black and “Carry On Wayward Son” by Kansas plays, fans will know this is the end, but the memories and friendships made will never fade.