How to Write a College Essay

Struggling with your college essay? Don’t know where to start? Learn what students and teachers believe is a good first step. 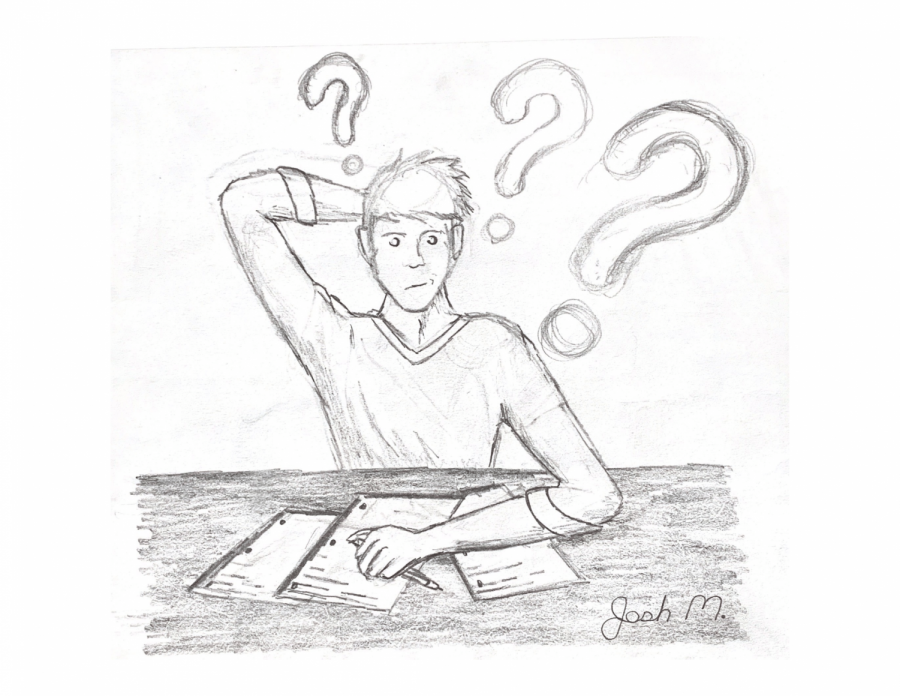 The part that we seniors always dread during the college application process is not putting down all our AP scores or extracurricular activities, but rather writing the college essay. Most colleges usually require one essay, but most top colleges, such as the University of Virginia and Virginia Tech,  require two or more supplemental essays.

Many of these college essays won’t have the same prompt, but they all have one thing in common:  you as the applicant get the chance to show who you are as a person rather than a set of numbers to the admissions office. How does one achieve that? Many seniors struggle with understanding what writing a college essay entails and how should they write it.

So, from a fellow senior currently struggling with these college essays, here are some tips and tricks I’ve picked up both from my personal experience along with going through this harrowing journey with my peers.

Regular Decision is the most common type of deadline where you simply apply to the college.

Early Decision, however, is a type of deadline where you are contractually bound to the college you apply to; this obligation means that you have firmly committed yourself to go to this school if you are accepted, and you are not allowed to apply to any other school with ED. The deadline is earlier than that of RD’s, and you are considered for a different pool of applicants than those who only apply to RD, which is generally more beneficial for you as the college understands that you have a high interest in going to their school. You can still apply RD to other colleges, but know that if you get accepted to a college with ED, you must rescind all your other applications.

In contrast, Early Action is a non-binding (meaning non-restrictive) deadline where, like ED, you are considered in a pool different than that of those who apply Regular Decision. However, because Early Action is non-binding, you are able to apply EA to as many colleges as you want.

The second tip: understand that there is no strict structure for this essay.
Usually, this kind of essay does not follow the “intro, body, conclusion” sort of standard structure, and we as students are not used to being given free rein over how we want to structure our essays.

“How am I going to structure things, how do I want to say this in order to give my essay its individual voice as well…that’s a little hard in balancing,” senior Yuca Chen said. Chen is looking into colleges like Princeton, UVA, and the University of California.

“I think they honestly look at creativity because everyone can be educationally talented, but creativity really puts you out there and gives you a place where you can say ‘this is me’,” junior Naina Koujala said. Although she hasn’t started the college application process just yet, she is looking into colleges such as UVA, VT, Caltech, and Penn State. Admission officers will have to sift through tens of thousands of essays, so you have to consider why would they pay extra attention to yours?

“In reading lots of applications specifically to The Honors College, what I found was that the anecdotes are actually the best,” physics teacher Samantha Spytek said. She was part of a committee that looked at applications for The Honors College at VT during her time there as an honors student herself. When writing her own college essays, she said that she remembers “really struggling with exactly what anecdote to talk about” and that she didn’t think she “gave the best anecdotes that really showed who [she] was as a person because [she] wanted to look impressive.”

“If you could tell us how [your anecdote] had an impact on you personally more than just you learned how to be a leader…everyone learned how to be a leader in marching band…how did it affect you, because this is your moment to give the people reading your essay a look at who you are as a person versus the numbers that the other metrics that they use to look at you,” Spytek said.

The final and arguably the most important tip: honesty, honesty, honesty.
A huge idea that a lot of people have often missed is sincerity in their essays. They believe that the admissions officers want to see a perfect, amazing student who does debate, football, five honor societies, and saves children from burning buildings on the sideline…but that’s not what they want at all. Colleges want to know more about you. They want to know more about who you are: what are your ideals? How do you react to adversities you’ve experienced in life? What makes you different from everyone else?

To many students, answering those kinds of questions can be their biggest struggle. “Sometimes what I feel is the hardest part is wording things in a concise way to show who you are as a person in the most specific way possible, but also keeping it within the word limit,” Chen said. “I think [admissions officers] are trying to see who you are as a person, where your values lie; does it match up with what they want out of a student?”

“I think you should be more honest because if you try to appeal to them, sometimes they can tell that you’re trying to show off,” Koujala said. “If you actually do end up getting in, then all these lies catch up to you and won’t really benefit you in the long run.”

“The essay is the one place where your voice and who you are as a person gets to come forward because the rest of it is just numbers,” Spytek said. “We were looking to build a community…people who do well in the environment we were providing, not just who were really strong students.”