A modern-day Holocaust is taking place, and the world is eerily quiet

The Uyghur people have been locked away for years with little notice. 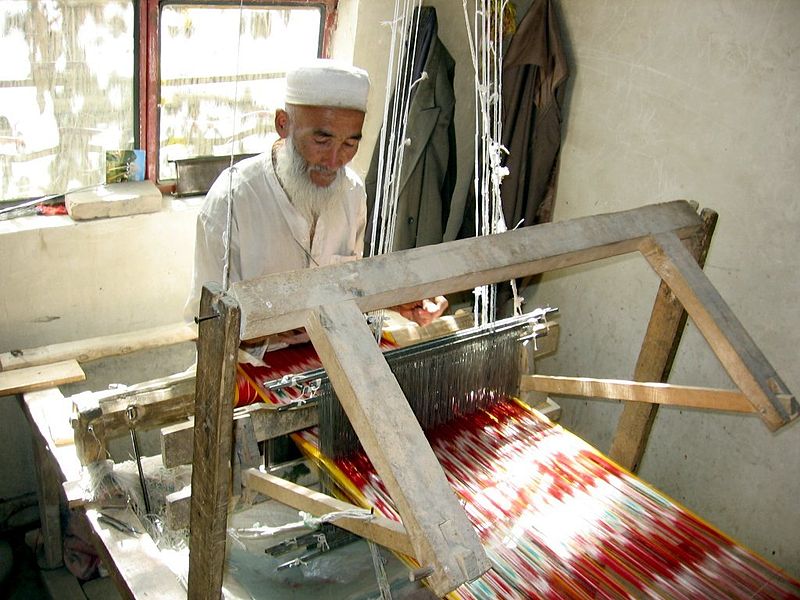 In 2005, an elderly Uyghur man weaves traditional Atlas silk, which is used in Uyghur women’s clothing.

The Uyghur detainment and torture in Chinese concentration camps is ethnic cleansing as we know it, and it has gone unnoticed by the majority of the world. For decades, the Turkic-speaking Uyghur people who originate from the Xinjiang region in China, formerly known as East Turkistan, have been persecuted for being a Muslim minority group. Foreign Policy estimates that one to three million detainees are kept in these camps, even though the Chinese government denies such claims. In fact, the “South China Morning Post” reports that the Chinese government refers to these camps as “re-education centers.” They describe these camps as “vocational training centers designed to carry out anti-extremist ideological education,” and go as far as to take reporters on fabricated tours of these camps to portray the false narrative.

Uyghurs have experienced oppression for decades for not being ethnically and culturally “Chinese,” and matters are only getting worse. “We’ve never had freedom,” said Nurpari Mijiti. Mijiti, a sophomore at Independence High School, is the daughter of Uyghur immigrants who left China to escape the concentration camps. “Even though things weren’t as bad as they are now, there has always been so many limitations and the Chinese government has always had issues with us practicing our religion and who we are.” Mijiti and her family have not been able to contact their relatives in Xinjiang, and are unsure if many of them are still alive. “People who are outside of the country can’t contact their family members that are there, and the world isn’t doing anything about it because China is such a powerful country [that is] linked to many other countries’ economies,” Mijiti said.

Detainees have been imprisoned for a variety of reasons: speaking in a language other than Mandarin, being in contact with people from outside countries that China considers “sensitive,” and owning a Quran (a religious Muslim text). These people are usually targeted for simply being Muslim and/or Uyghur, and are tortured and experimented on because of these traits.

Due to China being such a prominent country both politically and economically, many leaders and politicians worldwide have been reluctant to speak out against the Xinjiang concentration camps. “You do have some politicians who have been trying to speak out against this, but you also have a hard phenomenon to grasp which is global variation of islamophobia,” Todd Green, author and associate professor of religion at Luther College, told me. He theorizes that the lack of worldspread attention on the Uyghur camps is the effect of a cocktail of political fear, economic impact and pure islamophobia.

Many governments have been slow to speak out against these camps, and citizens have taken to social media and the streets to protest against the oppression that Uyghurs face daily. Politicians such as Alistair Carmichael and Mike Pompeo have also brought light to the treatment of Uyghurs, and while progress is slow, this issue has been publicized. “To sum it all up, it’s mass cultural genocide,” Mijiti said. She encourages others to share the existence of these camps across social media, email politicians and attend rallies protesting the treatment of Uyghurs. While speaking about such a topic is no easy feat, it’s a necessary step towards bringing an end to the ethnic cleansing of Uyghurs.