The Revolution of Graphic Artists

Scribble into the world of graphic novels and discover the Graphic Novel Club’s impact in Rock Ridge’s diverse study body. 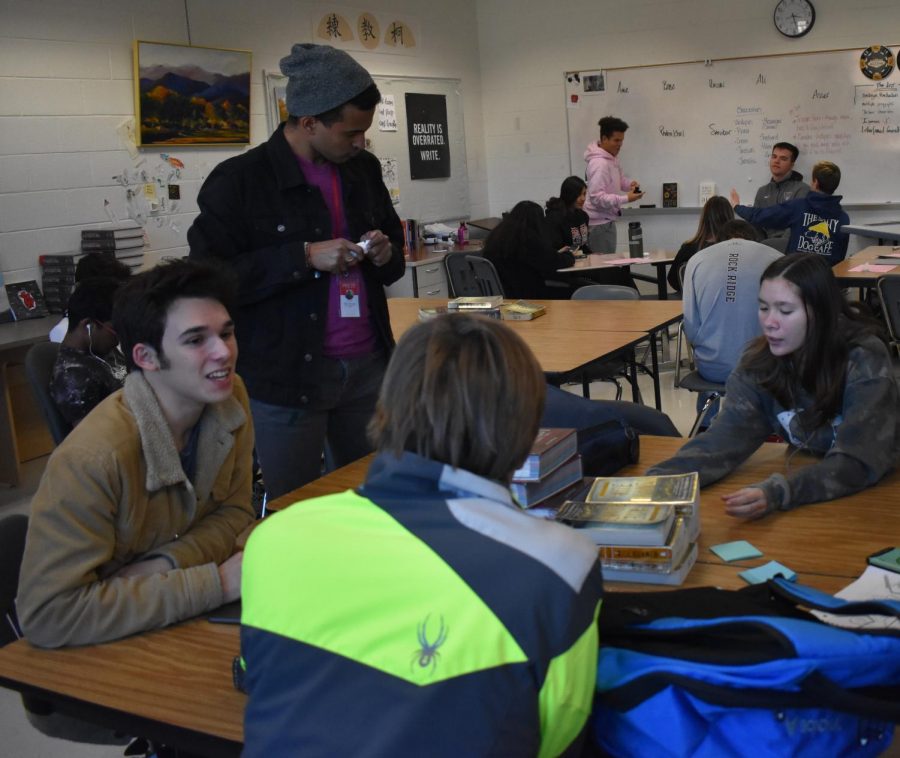 The introduction of graphic novels brought a new form of art into the world. The creation of pop art and comic books have evolved and have been drastically changing with heroes and even animals added to their ever-changing pages. While critics may regard comic books as “not real reading,” that doesn’t stop the Graphic Novel Club from beginning a new chapter into their story.

The Graphic Novel Club is based on the art and creation of several ideas of comic books. Noticing the skill of their peers and inspired by it, juniors Rodrigo Villegas and Jake Harris created the club with sponsor Paul Koch. “I just looked around me and saw a lot of good talent and people who could do a lot of good things with that talent,” Villegas said. Members express their talent and skills from just a simple picture carrying a thousand words.

Their intent is to show that no matter what circumstances there are, anyone can produce work, especially graphic novels. As the identity of “Gen Z” takes shape, this club aims to bring out the self-expression and creativity within its members and to provide a space for artists to prove themselves. “[The artwork is] fun; I like the detail [the artists] always put into it without making it realistic,” junior Cynthia Moss said.

The impact of graphic novels on each member can be seen as they connect and allow themselves to feel comfortable reading this genre. “A picture has more words than a bunch of words, and with pictures, you get more connected easily to it than you would reading a book,” junior Alexa Varela-Escobar said.

The message of the club is to show that graphics novels are not a lower form of reading. “If you can get a book in everybody’s hands, that’s fantastic. Even if it’s [a] graphic novel, they’re consuming content, they’re reading, they’re practicing reading that’s comfortable for them, and they like the pictures. What’s wrong with that?” Koch said.

The main goal is to publish work by the end of the year, though that’s not their top priority. “I don’t know what direction we’ll take on the future because it’s more what they [the members] wanna do,” Villegas said. Published or not, their creativity is commendable and inspiring to their peers. They hope to gain a positive impact from the release of their comics by the end of this year.