Phoenix Wrestling Takes Over The Patriots and Huskies at Senior Night

Phoenix wrestling hosted their senior night on Jan. 19 against the Parkview Patriots and Tuscarora Huskies, emerging victorious against both teams. 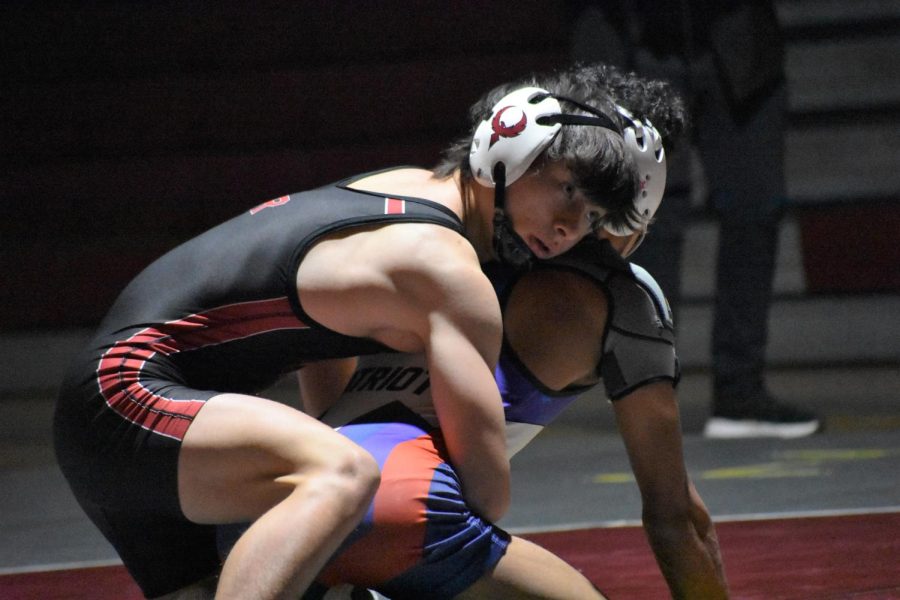 Junior James Lee starts the match in the starting position against Patriot. ¨Getting my hand raised and winning a match [is my favorite part],¨ Lee said.

On Wednesday Jan.19, families of Tuscarora, Parkview and Rock Ridge gathered in the gym for Rock Ridge wrestling senior night. The Phoenix conquered the Huskies 42-30 and the Patriots 60-6.

The Phoenix began the meet with matches against the Patriots.  The Phoenix dominated the Patriots, giving little opportunity for their opponent to make a comeback. Wrestlers sophomore Teyany Kleiner and senior Hunter Cox each won their respective matches with wide gaps in score, pushing the Phoenix in the lead.

Before wrestling the Huskies, senior wrestlers Ryan Payne, Ming Yu, Hunter Cox, and David Lott, and managers Olivia Payne and Ava Patel, were recognized by the coaches with flowers and handshakes for their work on the team. Both managers have been with the team since freshman year.

The Phoenix went on to defeat the Huskies in the following round, ending the night in a double victory. The Phoenix will host the district tournament on Feb. 5.