Phoenix Basketball takes on the Lions in a Doubleheader

On Thursday, Dec. 16th Phoenix basketball had their first doubleheader at Heritage High School. Freshmen boys, JV boys and girls, and Varsity boys and girls played. Despite giving it their all, the phoenix varsity girls lost to the lions 50-18. Phoenix varsity boys emerged victorious, beating the Lions 49-33. 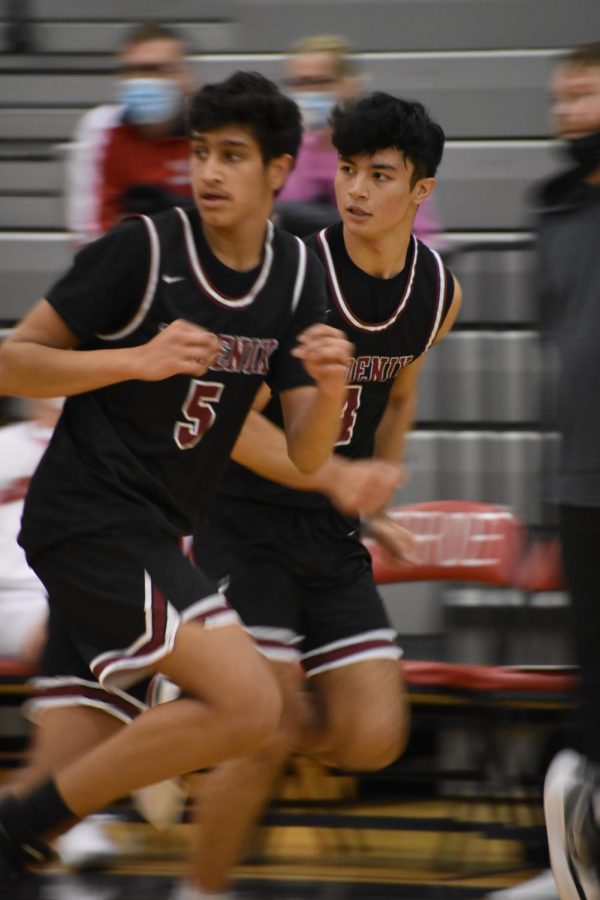 Senior Aditya Kamath and junior Basit Qadri run in sync as they get back to defend their basket against the Lions.

Phoenix and Lions meet for a double header held at Heritage High School on Thursday,  Dec. 16.  Phoenix boys once again emerged victorious while the Phoenix girls lost to the Lions.

The Phoenix boys were able to maintain the lead throughout the game, not letting the Lions overtake them at any  point. In quarter three, Phoenix were up by 18 points. ¨I felt like we played good as a team and we all complimented each other.¨ senior Aditya Kamath said.

The girls, despite the results, made good plays throughout the game. Players like senior Alexa Veneros and sophomore Cora Bowen made great strides; however, it wasn’t enough to win the game.  “Our defense was amazing,” Veneros said.

The teams have another double header on Jan. 12 against Lightridge