Phoenix Pounce on the Cougars 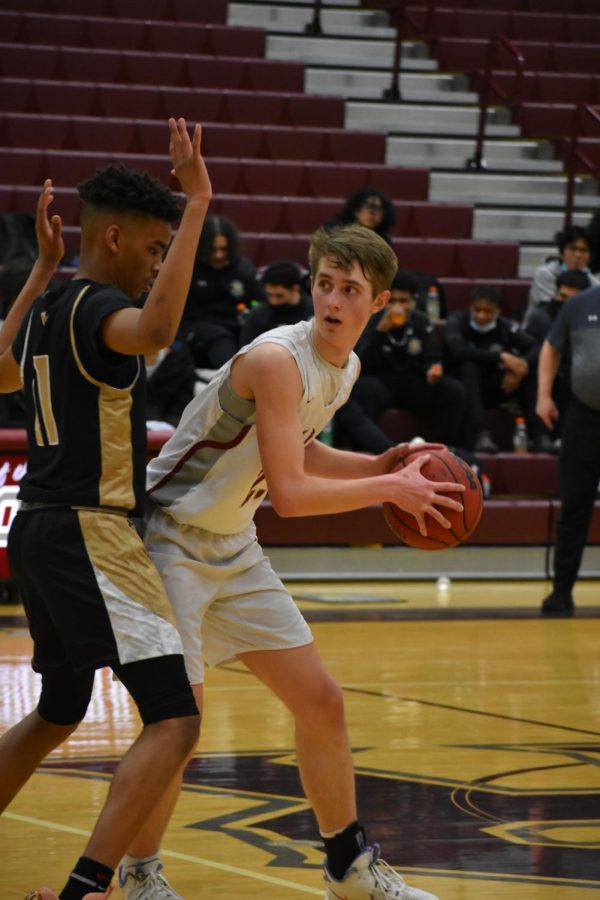 Varsity's junior Nick Canfield (23) looks around to find a teammate to throw the ball to as a Cougar plays tight defense on him. “We did a good job on defense communicating, that was something that we were really trying to work on this past game,” Canfield said.

On Feb. 9, the Phoenix boys basketball teams played their last regular-season home games. The contest was non-conference, meaning that the games didn’t count towards the overall record, providing the Phoenix a unique opportunity to test out new team dynamics.

A few junior varsity players, such as Freshman Will Beck, had the opportunity to play up with the varsity squad for the first time, while a few players from the boys freshman team joined the junior varsity players. The game was seen by the program as a way to make some improvements. By switching up rosters, giving different players more opportunities, changing zone formations and rotations on defense, the Phoenix were able to effectively assess their playing, and finished the regular season out with a win for both Phoenix teams. ¨The game was good, we started off super strong and then we brought in our secondaries and they showed up pretty good,¨ said sophomore Austin Fisher on teaming up with a few rookies.