First Pitch of the Season for the Phoenix

The Phoenix baseball team played their first game against the Tuscarora Huskies on April 1. 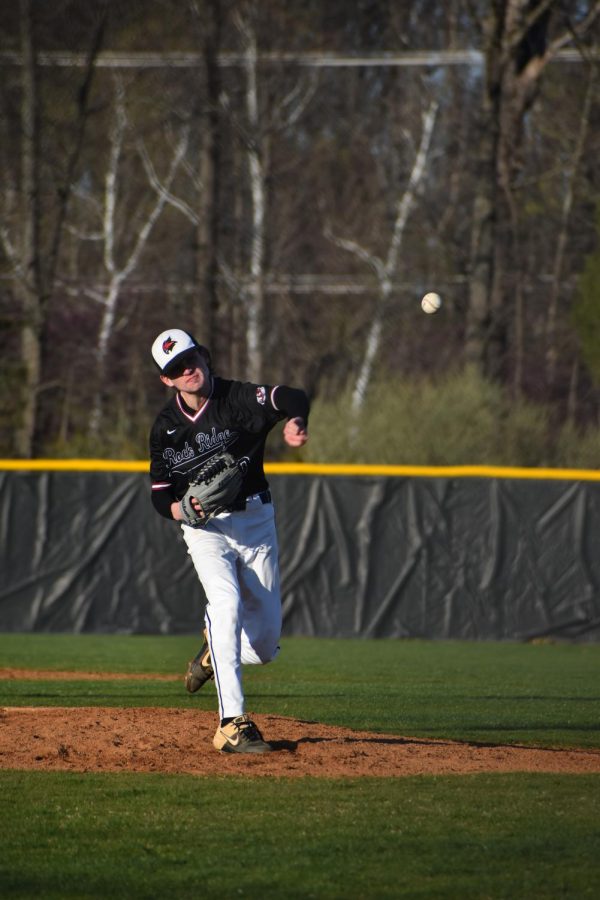 On Apr. 1,  the boys varsity baseball team went up against the Huskies in a tough first game of the year. The Huskies maintained their lead over the Phoenix throughout the game, which ended in a 11-3 Phoenix loss.

The game lasted 7 innings, with freshman Mehiki Motilewa (2) starting at bat. Throughout the game, the Phoenix held out against Tuscarora’s competitive offense. The Phoenix played with enthusiasm with coaches and teammates cheering on each batter.

During the fourth inning, senior Ryan Buermeyer (22) hit a double, allowing the Phoenix third base runners to make it home, cutting the Huskies lead down to four runs.

While the first game of the year didn’t end in the result the Phoenix might have wanted, they were still proud of their effort and determination that went into the game. “We prepared pretty well, we practiced everyday,” sophomore Brahmjot Chawla (18) said. “I think the matter of the matter is we came out here and we just weren’t ready for it, but we prepared pretty well.”

The Phoenix  plan to train harder than for their next game. “I think we’re gonna come back and do a lot better,” sophomore Britain Fees (13) said. “We’re gonna start fresh Monday, so I think we’re gonna be able to get out there and get the bask on early and that’s it.”

The next game will take place on April 29 against the Riverside Rams.