The challenging game that gave the Lady Phoenixes a goal for the season. 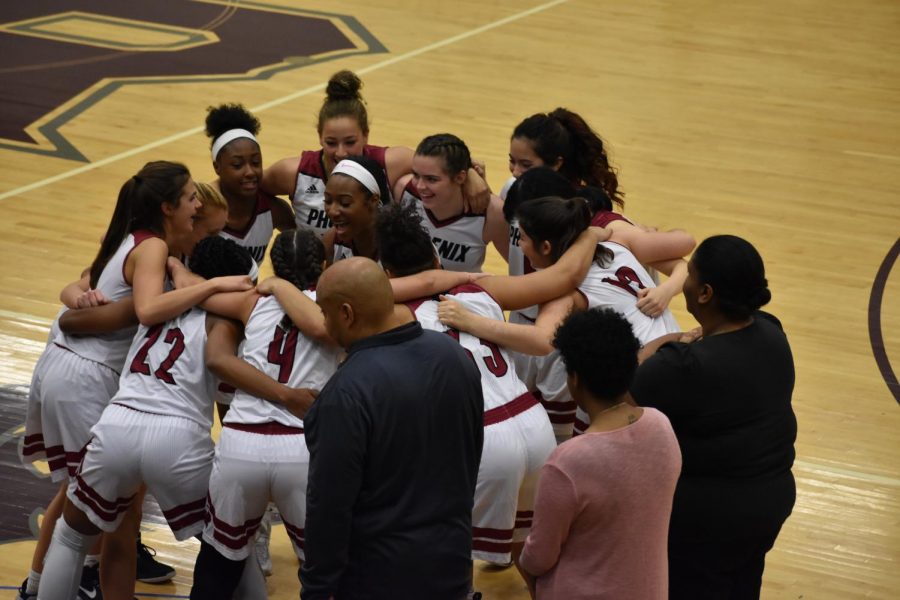 The Rock Ridge girls’ varsity team gets hyped up before a tense game.

On Jan. 15, the Rock Ridge varsity girls’ basketball team went head-to-head against the formidable Freedom Lady Eagles, their toughest competition yet. During last year’s season, the Lady Eagles won the state 5A competition.

Rock Ridge was leading throughout the majority of the first quarter, but by the end, Freedom was up 24-19. Going against the fifth-ranked team in the state was far from easy. “I was kind of scared, but I knew that I would not let it get to me,” said junior Kayla Davis.

Rock Ridge did not score after the first quarter. “As a team, we need to stay calm and collected during the game and not let our emotions get the best of us,” said sophomore Haley Priftis.

The girls fell to Freedom, ending with a final score of 61-19. Following the loss, Coach Joshua Pierce tweeted, “When you’re learning, it’s little steps for you to build on.” Coach Pierce congratulated the team for their hard work during such an intense game.

On Jan. 25, the Lady Phoenix will play Broad Run. “My personal goal is to work on communication. During out game against freedom, our communication wasn’t the strongest,” Davis said. “We have developed a lot over the past two years,I know we can continue to grow as a team.”